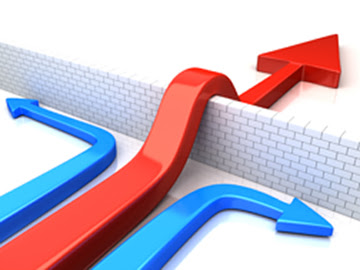 
"Facebook is an online social networking service headquartered in Menlo Park, California. Its website was launched on February 4, 2004, by Mark Zuckerberg with his college roommates and fellow Harvard University students Eduardo Saverin, Andrew McCollum, Dustin Moskovitz and Chris Hughes. The founders had initially limited the website's membership to Harvard students, but later expanded it to colleges in the Boston area, the Ivy League, and Stanford University. It gradually added support for students at various other universities and later to high-school students. Since 2006, anyone who is at least 13 years old is allowed to become a registered user of the website, though the age requirement may be higher depending on applicable local laws. Its name comes from a colloquialism for the directory given to it by American universities students." (Wikipedia)

"Facebook had over 1.44 billion monthly active users as of March 2015.Because of the large volume of data users submit to the service, Facebook has come under scrutiny for their privacy policies. Facebook, Inc. held its initial public offering in February 2012 and began selling stock to the public three months later, reaching an original peak market capitalization of $104 billion. As of February 2015 Facebook reached a market capitalization of $212 Billion." (Wikipedia)

(1.1) Two Facebook vulnerabilities are introduced in this article.
Facebook has a computer cyber security bug problem. It can be exploited by Open Redirect attacks.  This could allow a user to create a specially crafted URL, that if clicked, would redirect a victim from the intended legitimate web site to an arbitrary web site of the attacker's choosing. Such attacks are useful as the crafted URL initially appear to be a web page of a trusted site. This could be leveraged to direct an unsuspecting user to a web page containing attacks that target client side software such as a web browser or document rendering programs.

Since Facebook is trusted by large numbers of other websites. Those vulnerabilities can be used to do "Covert Redirect" to other websites such as Amazon, eBay, Go-daddy, Yahoo, 163, Mail.ru etc.

(1.1.1)
One Facebook Open Redirect vulnerability was reported to Facebook. Facebook adopted a new mechanism to patch it. Though the reported URL redirection vulnerabilities are patched. However, all old generated URLs are still vulnerable to the attacks. Section (2) gives detail of it.

(1.1.2) Another new Open Redirect vulnerability related to Facebook is introduced, too. For reference, please read section (3).

All URLs' redirection are based on several files, such l.php, a.php, landing.php and so on.

The main redirection are based on file "l.php" (Almost all redirection links are using it right now).

<1>For parameter "h", two forms of authentication are used.
<a>h=HAQHyinFq
<b>h=hAQHalW1CAQHrkVIQNNqgwhxRWLNsFVeH3auuImlbR1CgKA
<2>For parameter "eid", one form of authentication is used.
<a>eid=AQLP8sRq6lbU0jz0lARx9A9uetB6FIF1N2-Yjj_ePj0d_ezubjstZeDo6qDsalKVJwy6uDb_hQ-9tBsA2dVoQRq0lniOu0os_gPe3gY5l8lYblhQSwBtdvgjXjNqaxLZMYoasr3vv46tFsh1fL7q4kjT2LFw52dnJWd4SE8qc0YuPWfgPeQywgM2wl0CoW-lftWkr2dX0dLcytyHjXnvhKfVS_pQBllszUzsPENxE6EuZ-53Lh188o56idnfyyk2L58pE7C94PF-za4ZVB0qbuA2EnPcSJI-7oIiIJmIhifHe0CYTzG512-Z_heN44VlyJHevhS9auAR8-lFCAIlYymnT_Qiwp92RxjNOfBypBvszQUrvB6PH3fANn1prfMBVm4RD_GFel14KVDS5USswbTOTkL3sZNhHUqqPHwBwU3JFePMMuwsfesigH85B_AxCsXUIWN7klKGSq8bPPsKSHttsa9hkkMpSfRKL7D_xwW4dU2xlmfGWil7jYRJmwfbOeF0zujk1FRBuM757tbfFMav-J-K9npbdrDrCuUVqV__Tf7CGZ89nPl-M2d09pE9enJj0OBXOaSXZX16LKaYnv1Wh4GKme7C-EOunITxyQtp1zy-48Uaz9mxO2x4bw7sBDfzDStF_Al8_0SMjWNTh-J38rBHAgT96X-dPFI43HU3x3fVymE9szrclBpvTaSfYezatgMzf77s3lQrQAMSlwSSRIzRuoFvQBmWKT0T5ZFgH5ykhYKhNMiKj577UO5g2Ojm-_-KKF4N_DBuG5R-I6EOSlhok2xUkpKVDnDcxZFTLxGmx5xc56J5kZLjJ96wnF2fH09Q19Qc2aU3xYFlEFrKjrlLpwGyOyCDx7_z7y1O4Efqew3Fa0Cb9s6Kk2jpLF5XEIaYzzXOLAffxXG6icBJVovb9RPmiZ5s9dKYYotLol68_X04O05bEvVccPEh-IQwX_VTMt3f23be2MECEqR2l1A1ZkJx4qP00GI1pZhU_CXAnjSaTNmtaINRUeSsLNEZZsPwpWJMfeeGSwuof9krC05eSWjO0jH9tua0KteMYhj8i-3dwSBp4f7nMcFwH5ltfCLhMCYNB8rxgzcAczyhLIo2UY-3FSaJXBZ0lvuZBvnj7myUnyc2lCcy-fWh93MRRaJrrinjtfr9fDSMHM9Cja5xi0eG3Vs0aClnWbeJZA79TvmYt7E53HfwGuv5-EJOqRh3cwZF-53uPHA73ikUk3xTApjQunJM4uIBhpy7iBIgn_OXXo3X03YUJtJcDuC20ocJbZ310VHliox5tYZF2oiMaOfgo9Y9KeqgsrJgwPCJeif4aB0Ne4g_oM_Tuqt2pXbdgoCawHIApF087eFKJqejp0jpEkJerXPyK-IqsD_SQfIm_2WJSkzwzATwQKs

(2.1) A security researcher reported two Open Redirect vulnerabilities to Facebook in 2013. The following are the two links reported.

Though a new mechanism was adopted. However, all old generated redirections still work by parameter "h" and "eid".


Those vulnerabilities were reported to Facebook in 2014 and they have been patched.


Several other similar products 0-day vulnerabilities have been found by some other bug hunter researchers before. Facebook has patched some of them. "The Full Disclosure mailing list is a public forum for detailed discussion of vulnerabilities and exploitation techniques, as well as tools, papers, news, and events of interest to the community. FD differs from other security lists in its open nature and support for researchers' right to decide how to disclose their own discovered bugs. The full disclosure movement has been credited with forcing vendors to better secure their products and to publicly acknowledge and fix flaws rather than hide them. Vendor legal intimidation and censorship attempts are not tolerated here!" All the fllowing web securities have been published here, Buffer overflow, HTTP Response Splitting (CRLF), CMD Injection, SQL injection, Phishing, Cross-site scripting, CSRF, Cyber-attack, Unvalidated Redirects and Forwards, Information Leakage, Denial of Service, File Inclusion, Weak Encryption, Privilege Escalation, Directory Traversal, HTML Injection, Spam. Large number of Facebook bugs were published here. FD also publishes suggestions, advisories, solutions details related to Open Redirect vulnerabilities and cyber intelligence recommendations.

Since Facebook is trusted by large numbers of other websites. Those vulnerabilities can be used to do "Covert Redirect" to other websites such as Amazon.

(4.1) When a user is redirected from Amazon to another site, Amazon will check parameters "&token". If the redirected URL's domain is OK, Amazon will allow the reidrection.

One of the vulnerable domain is,
http://www.facebook.com

(4.2) Use one of webpages for the following tests. The webpage address is "http://www.inzeed.com/kaleidoscope". Suppose it is malicious.